LEARNING RESOURCES FOR MUMS AND MUMS-TO-BE

Nutrition is a critical determinant of immune responses. Epidemiologic and clinical data suggest that nutritional deficiencies alter the competence of immune system and increase the risk of infection. A healthy life begins with the good nutritional status of the mother. Adequate intake of protein, vitamins and minerals is important during pregnancy.

·    Nutrition is fundamental for good health and development during the early years of life. If children do not eat the right amounts and appropriated proportion of macronutrients like protein, fat, and carbohydrates and micronutrients like vitamin A, iodine, iron and zinc, they may increase risk of having delayed mental and motor development that can have enduring adverse effects beyond childhood, or even increase risk of mortality from illness.

·      The right and safe nutrition, stimulation and intervention from their parents or caregivers is the fundamental factors for the healthy child growth and brain development. The investment in early child development is crucial and this is the period of opportunity to maximize the child outcomes for the long-term development with lifelong, productivity and social cohesion.

·      Optimal nutrition and correction of nutritional deficiencies during the early years are of particular significance as beyond 2 years of age, reversal may become very difficult.

·   Nutrition plays important roles in supporting immune health that made up of two intrinsic systems, the innate and adaptive immunity.

o   The innate immunity is a general defense, immediate, nonspecific immune response and the first line of defense against foreign invaders. It consists of many natural barriers such as skin, mucosa lining cells, white blood cells (WBCs) called neutrophils and macrophages engulf and destroy foreign invaders and damaged cells, etc.

o   The adaptive immunity is a specific defense, and the second line of defense against foreign invaders.  It involves a complex, targeted response to a specific pathogen. Exposure to a pathogen stimulates the production of certain immune cells that mark the pathogen for destruction. The adaptive immunity consists of many kinds of naturally functional cell groups such as WBCs called T lymphocytes target and destroy infected or cancerous cells and the other WBCs called B lymphocytes and plasma cells produce antibodies that target and destroy infected or cancerous cells.

·      Some nutrients are needed specifically for the optimal performance of the immune system. The functions of these nutrients include:

·      It is important to get adequate amounts of the following nutrients to support the immune health.

➢ Build blocks of RNA and DNA for the immune system.

➢ Vitamin E and C, minerals (selenium, Zinc, copper, and manganese), carotenoids (lutein) are known as an antioxidant. Free radicals produced after infection can be damaging to health and are highly reactive that can cause destructive chain reaction. The antioxidants protect cell from oxidative damage and can stop damaging chain reaction caused by free radicals by neutralizing them.

➢ Vitamin A and D regulate immune cells and protect against infection.

·     Nutrition, child health and brain development are correlated. Inadequate dietary intake, nutrient deficiency, malnutrition has an impact to the immunity and more likely to suffer from infections and diseases. The weak immune system has impaired the brain development in children.

·      When a child is sick, the mother can support their immunity by giving them appropriated and proper nutrients, a milk packed with HMOs is one of good examples for the good source of nutrients. It is a special type of prebiotic nourished the growing child’s developing digestive system and a major part of immune system is existing in the gut, keeping the digestive system healthy with HMO also means strengthening the immunity.

·     The better way to prevent the child development impairment in developing countries is to feed them with the nutritious food, help them to be safe from suffering infections and diseases to attain the full potential growth and brain development. 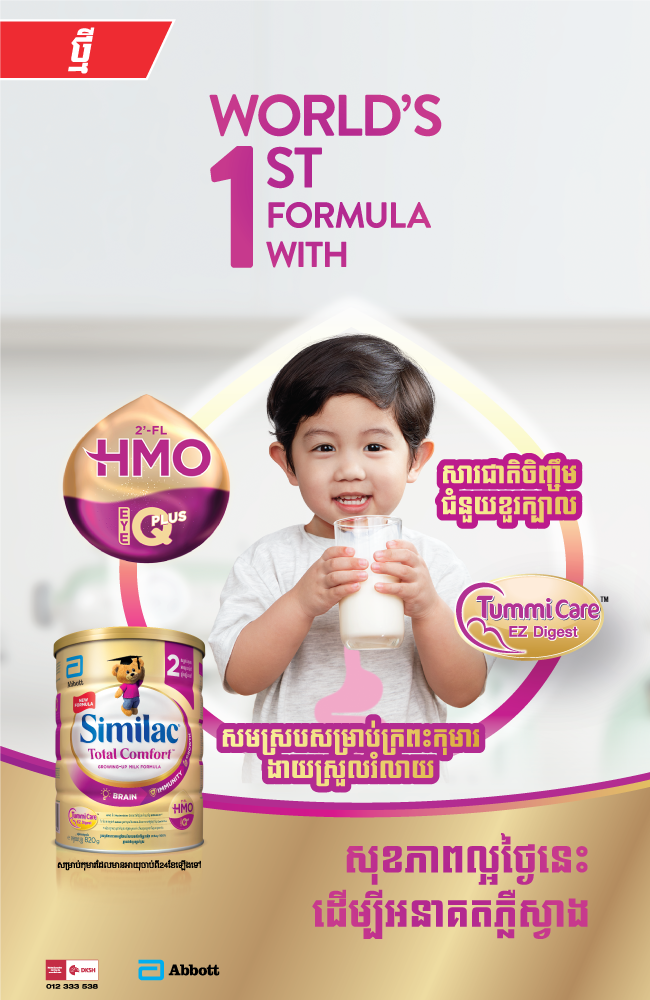 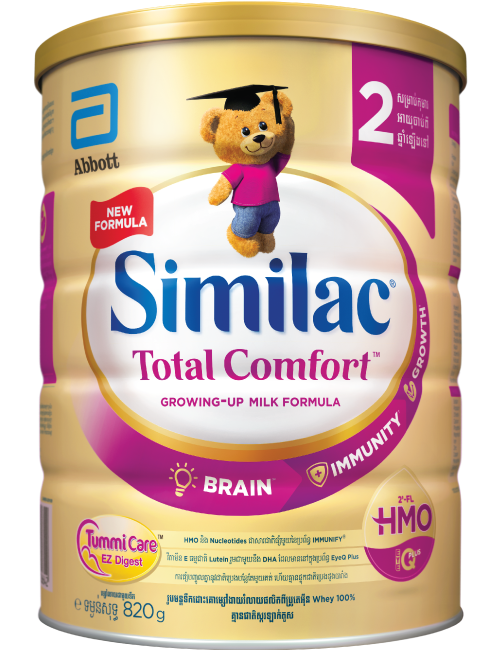 For child age from 3-9 years old